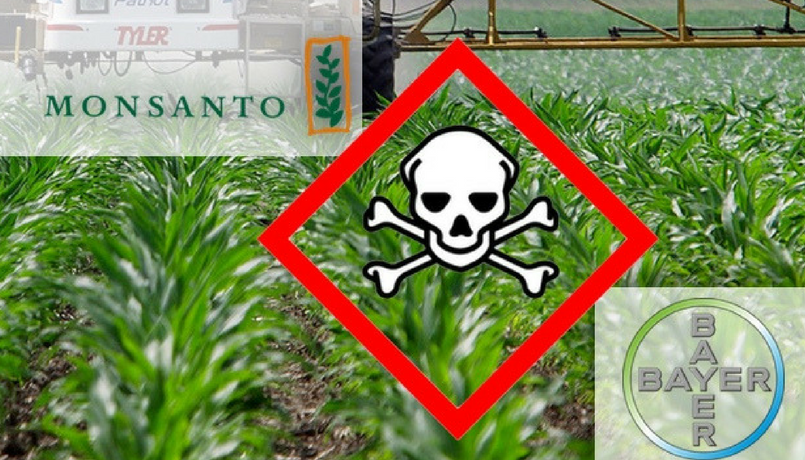 OPEN LETTER FROM CIVIL SOCIETY CALLING FOR THE BAYER-MONSANTO MERGER TO BE REJECTED
Dear Commissioner Vestager,
We, the undersigned organisations, call on the European Commission to reject on competition grounds the acquisition of Monsanto by Bayer. In particular, we call on you as Competition Commissioner to prevent new monopolies forming in the combination of seeds and pesticides (vertical concentration) as well as in the field of digital farming (integrating seeds, pesticides, gene sequencing, data platforms). We urge you to ensure fair access, innovation and competition in agriculture.
We are deeply concerned that the measures being proposed so far will allow Bayer to maintain an
overwhelming and unfair market advantage that will have negative impacts on competition, especially in seeds, fair prices and real innovation for farmers and breeders.
Allowing Bayer to sell off parts of its pesticides and seeds divisions to other large corporations in the same field, such as BASF, will do nothing to address the concerns about the market concentration, corporate control and lack of competition in the agri-business sector. In addition to the negative effects of the merger on the markets for seeds and pesticides and its negative impact on innovation towards more sustainable food systems, we are increasingly concerned about the impacts the operation will have on digital farming. If the merger is completed, Bayer-Monsanto will be poised to be the major player in collecting, analysing and monetising data in agriculture. This raises the following significant concerns:
● Bayer-Monsanto would become the biggest player in the field of data platforms and data collection,
exposing farmers to risks and problems similar to those seen in existing data platforms such as Google,
Amazon and Facebook. The rapid development in agriculture data platforms creates a new dynamic where corporations can increase their economic power and stifle innovation and competition for years to come.
There are no other competitors which have a comparable investment and know-how in this field. To give
BASF an interface to use the Bayer platform is completely insufficient, as the data, know-how and
algorithms stay at Bayer.
● Bayer-Monsanto will be able to combine its data businesses with its seeds, traits and chemicals to create a new unprecedented platform. This will be a way to leverage the sale of one product into another,
integrating all of its businesses and thereby raising barriers to innovation or disruption from competitors.
● The combined data operations of Bayer and Monsanto would give them a ‘first mover’ position in the
sector, creating a unique opportunity to exclude competitors and/or to bias the market (for seeds and
pesticides as well as along the chain from advisory service to sales channels). Monsanto’s software already limits farmer selection to hybrid seeds and future data algorithms will likely only recommend solutions based on their own products.
● There is currently no national or EU legal framework to control the use of data collected by agriculture
companies or agreed boundaries for their economic exploitation and tradability. Both Bayer and Monsanto are already well advanced in the introduction of digital farming in Europe. Monsanto, for example, is in 2018 rolling out its data platforms in 8 EU countries.
In the absence of any legal framework on how data will be collected or used, the merger will allow Bayer-
Monsanto to accumulate, control, and monetise large quantities of farming data.
There is very little public support for this merger and a recent opinion poll shows that the majority of citizens want the Commission to block it. Any proposal to agree the merger will increase people’s sense of powerlessness, and imply that their voices do not matter. We expect the European Commission to represent and defend the public interest on this issue.
We therefore call on the European Commission to reject the Bayer-Monsanto merger in order to prevent a further concentration of the seeds and pesticides markets as well as the creation of a dominant market
position in the field of agricultural data.